In 1997, a British barrister uttered three words that left my sister and me speechless and gave us a glimpse of the future.

As we walked along a road in Jersey, he stopped and asked: “What is that?”

His voice was more shrill than normal and his eyes were wide open. He looked like a child who had just seen his first rainbow.

As his arm stretched out to point at a bird that had landed nearby, my sister and I were stunned to realise that he did not recognise one of his land’s most common creatures.

With its black-and-white plumage, and the petroleum sheen that streaks its tail and wings, the magpie is unmistakeable. It is part of our folklore. Its name enters the vocabulary of every British child early in their life. Or so I thought. 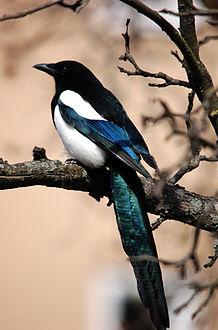 Perhaps the barrister was exceptional in his ignorance back then, but it seems now that he was simply ahead of his time.

By 2008, the Oxford University Press had dropped the word ‘magpie’ from its popular children’s dictionary, along with dozens of other words that describe the natural world. Gone were many plants and animals and whole landscapes.

The dictionary’s editors said they deleted these words because children are increasingly urban and less likely to be outside, less likely to see and interact with nature. How fitting, then, that among the words added to the dictionary’s pages that year — along with ‘Blackberry’ in place of ‘blackberry’ — was the word ‘endangered’.

I was reminded of the barrister’s missing knowledge and the dictionary’s missing words last month, when freelance journalist Teresa Rehman shared a story at a workshop I helped to run at the World Conference of Science Journalists in Doha, Qatar.

Teresa told how in 2009 India’s forest department got a surprise when it ran a radio contest that broadcast the calls of common birds and asked listeners to identify the species. The only people to answer correctly and win the prizes were those listening to the radio on mobile phones in remote villages. Urban listeners had lost the knowledge that had been universal not long before.

In India, as in Britain and many other parts of the world, the invisible umbilicus that connects us to nature is being sliced away. Whatever the reasons for this — and there are a few — there are some clear implications.

First, that if people don’t know nature they will be less inclined to protect it. As Canadian conservationist Robert Bateman said in an interview about the Oxford Junior Dictionary’s missing words:

“If you can’t name things, how can you love them? And if you don’t love them, then you’re not going to care a hoot about protecting them or voting for issues that would protect them.”

This thinking forms the backbone of many efforts to raise awareness of the threats to nature. But this can be a flawed approach if it focuses too much on nature itself, and on threats to things that most people never see and would be unlikely to miss if they vanished forever.

This kind of communication ignores the fact that growing numbers of people are already cut off from nature and disinterested in its fate.

I’m more interested in what nature actually means to us than what we mean to nature — and not just in nature’s many economic benefits, but in its direct effects on our health and wellbeing.

That’s why I think it is worthwhile to consider another implication of humanity’s growing detachment from the natural world: that if people don’t know nature they cannot be moved and even strengthened by it.

There is growing evidence that people who spend time outside among nature enjoy both physical and mental benefits, and that people who do not suffer harmful effects — what Richard Louv calls ‘nature deficit disorder’.

It is telling that we now need academic studies to confirm what feels obvious to those of us who spend or  have spent time in nature.

It may be too late for the British barrister, but perhaps not. I still remember the look of awe that adorned his face that day in 1997 when he saw his first magpie, and I hope that he remembers the moment too.

Maybe he has children now. If so, I hope he has taught them the name of the bird that was banished from the Oxford Junior Dictionary but is waiting in the streets and gardens and fields for anyone who wants to see it.

To watch a magpie doing its thing is to see a small act in a larger drama that began millions of years ago, a cog turning in the machinery of nature that makes our own lives possible and pleasant.

Nature is both grounding and uplifting and the more a person knows it, the more it gives back. Unlike with cash in a bank or a purchase of shares, when we spend time in nature there are no limits to the return on our investment. Unless, that is, nature disappears.