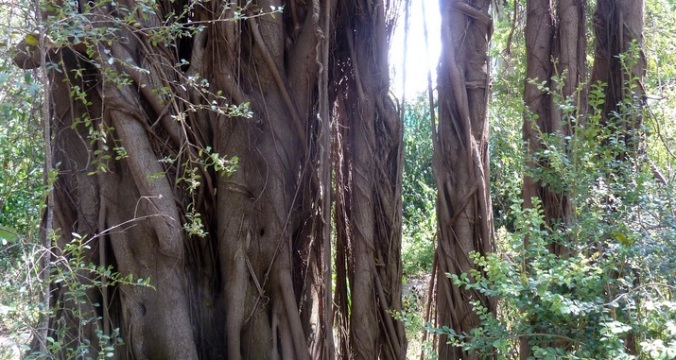 END_OF_DOCUMENT_TOKEN_TO_BE_REPLACED

Take the keystone away from an arch and down will tumble the whole structure. Take a keystone species away and — so the concept goes — other species will go extinct too. In his excellent recent feature for Nature, Ed Yong explains how biologist Bob Paine came up with the concept while he studied starfish in the 1960s.

Paine’s keystone species concept “would go on to be applied to species from sea otters to wolves, grey whales and spotted bass” and — a group Ed missed from the list — wild fig trees, whose huge crops are available year-round and keep more animals alive than any other species.

For this reason, Ed’s article brought a blush to my cheeks. As I read it I recalled the time a journalist falsely quoted me, to suggest that I “came up with the idea of figs being a keystone”. Sixteen years later those words still make me wince, for they made it seem I had stolen another scientist’s idea. In fact it was Professor John Terborgh, then of Princeton University, who had been the first biologist to apply Paine’s keystone concept to fig trees.

The journalist had interviewed me in 1997 for The Reporter, a newsletter for staff and postgraduate students at the University of Leeds, because I had won a prize in the Daily Telegraph Young Science Writers competition with an article about fig trees. While I am certain Professors Terborgh and Paine never saw the piece, I remember well the horror I felt when I read the words the journalist had put into my mouth. The experience would guide me well in my own journalism years later.

Now, thanks to the memories Ed’s article has triggered, I’d like to set the record straight and also publicise a vast dataset that nearly got lost and which explains why figs are so special. I can trace its origins back through the work of both John Terborgh and Bob Paine.

Here too is the story I wrote that got The Reporter‘s journalist all worked up. Please forgive its naivety and clunky construction — it was my first ever attempt to write about science for a non-technical audience and it is clear to me today that I was still writing then as a scientist.

Some months later, on 18 February 1998, The Daily Telegraph published it with the title ‘Answering the distress call’. I prefer the title I submitted at the time — the one I have used for this blog post.

It is a myth that in tropical forests the bounty of nature’s larder is available year round to support fruit-eating animals. In reality, they may experience alternating episodes of feast and famine, with fig-eating potentially meaning the difference between life and death.

Many tropical fruit-bearing plants share seasonal fruiting patterns, with one or two peaks of ripening at the same time each year. Fig trees, though, can fruit at any time and, so, many sustain fruit-eaters through lean times. As well as providing for the vertebrates, figs may ensure the survival of more rarely fruiting species by maintaining animals which disperse their seeds. By attracting seed dispersing animals, figs may also be instrumental in the recolonisation of deforested areas, or volcanic islands.

Ecologists have described figs as keystone resources in tropical forests. Just as the removal of a keystone of an arch is quickly followed by its collapse, the loss of ecologically important keystone species may trigger a cascade of local extinction.

Year-round fruiting is good news for the fruit-eaters, especially as fig trees produce superabundant crops (up to one million figs) and have only short intervals between fruiting episodes. The best documented of fruit shortages is the 1970-71 famine on Barro Colorado Island (BCI), Panama, where in the eight months from July 1970, fewer than 50 per cent of potentially productive plant species bore fruit. Intense hunger stress among fruit-eaters resulted in so many deaths that vultures could not cope with the supply of corpses. Starvation declined suddenly when figs came to the rescue — with peak fruiting in January and February 1971.

More recent research has identified a possible keystone role of figs in Peninsular Malaysia, Borneo and Peru’s Amazon basin where Princeton University’s John Terborgh suggests that loss of figs could lead to ecosystem’s collapse. However, at other sites in Gabon and India figs are apparently less important — being present at low densities and feeding only a small proportion of fruit-eaters. The importance of fig species evidently varies (to misquote George Orwell, “some figs are more equal than others”) either due to their distribution, density and crop size, or as a consequence of animals’ abilities to locate and utilise the fig resource.

Ecologists need to act as “keystone cops” to identify which fig species are disproportionately important in tropical forests with rollercoaster fruit economies. This requires exhaustive fieldwork, encompassing studies of fruiting patterns of figs and other species and behavioural studies of fruit-eating animals.

In Shakespeare’s Antony and Cleopatra, one of the queen’s attendants declares, “I loved long life better than figs.” Tropical fruit-eaters may be able to enjoy both, living longer through their love of figs. If some fig species are show to have keystone importance, their protection may be vital to tropical animal communities. This conservation goal is not too far out of reach as to be unrealistic.

In re-typing these words, I’m pleased to note how much I would write it differently today. I’m amazed too that I managed to wrote about figs being important to wildlife without mentioning the fig-wasps that are the reason for that — see The humbling history of the tiny wasps that upset a Jurassic Park narrative.

The article I wrote back in 1997 won me subscriptions to Nature and New Scientist. Later on it helped me secure funding for a PhD and get my first two jobs outside of academia. It was a real keystone in my career.

Like so many of the researchers Ed Yong highlighed in his Nature piece, I owe some words of thanks to Bob Paine, the man whose starfish throwing days set so many biological balls rolling. As Ed notes in his blog Paine is a keystone too.

Here are some photographs I took this weekend of the fiery show London’s trees put on when their leaves lose their green and fall down to the ground. END_OF_DOCUMENT_TOKEN_TO_BE_REPLACED

I took a stroll in Hanoi today*. It’s a beautiful city. But parked motorbikes and perched purveyors of foods and goods possess its pavements. So to walk one must step into the streets and have faith in the swirling mass of motorists whose pulse keeps the city alive.

The constant sounds of their car and motorcycle horns beep and parp and wahdah-wahdah-wa-wa without pause. They tear the air and probably save lives, but they also kill a bit of a wanderer’s pleasure by drowning out other noises.

The only birdsong I heard today came from bulbuls and babblers and magpie-robins that hung from storefronts in little wooden cages. There’s an irony in their lonely captivity because Hanoi is also a city of trees, a city of fig trees that owe their existence to the some of the same species whose caged members no longer fly free. 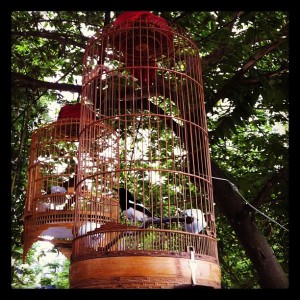 END_OF_DOCUMENT_TOKEN_TO_BE_REPLACED

Thirty years ago a small boy stood in the shade of a big tree and has his little mind blown. It was — and still is — the biggest tree on the planet. 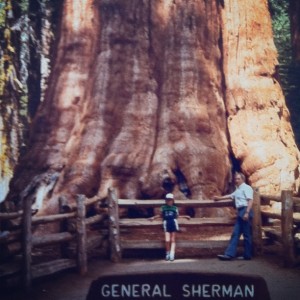 END_OF_DOCUMENT_TOKEN_TO_BE_REPLACED

If the ground beneath my feet last week could talk, it could tell a long story of land and logging, crime and conservation — the kind of story that defines rainforest politics. END_OF_DOCUMENT_TOKEN_TO_BE_REPLACED

Busisiwe Ndlela was radiant when I met her yesterday. Just this month, and with money she earned selling tiny trees, she has bought a new cupboard and an electric stove and she is proud as can be.

END_OF_DOCUMENT_TOKEN_TO_BE_REPLACED

Take a look at these two photographs and play spot the difference. END_OF_DOCUMENT_TOKEN_TO_BE_REPLACED

The 50-km long log-jam that blocked Malaysia’s biggest river shows the scale of deforestation in the highlands of Borneo and raises fresh concerns about how the state of Sarawak manages its natural resources. END_OF_DOCUMENT_TOKEN_TO_BE_REPLACED