Thirty years ago a small boy stood in the shade of a big tree and has his little mind blown. It was — and still is — the biggest tree on the planet.

The tree was a Sierra Redwood and it lived in California’s Sequoia National Park. I was there with my family on our first ever holiday to a foreign country, back in 1982 when I was just eight years old. That’s me in the photo alongside my nature loving Dad, who back then was a hard-working bus driver who had long dreamed of treading the soil of the American West.

The park was full of these giant trees, including one that had fallen across a road. It had a tunnel cut through it that was wide enough for a big American car to pass with ease. Each redwood was impressive but the one I stood beneath that day was the biggest, and while its height astounded me, it was its sheer bulk that made me feel like an ant.

The trunk was 11 metres wide at its base and each main branch was itself bigger than any tree I had seen before. Its total mass was estimated to be more than 1250 metric tonnes. That’s as much as about 150 African Elephants. Imagine! 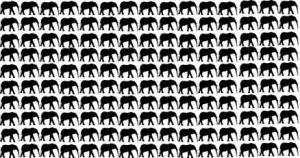 Special trees get names and this one is called General Sherman, after the American Civil War veteran who went on to command the United States Army between 1869 and 1883. Though he was long dead, his namesake seemed to me immortal. This majestic tree exuded nobility, grace and integrity along with its dark amber sap and I was in awe of it.

It had started out in life around 2,300 years ago. Not far from the baby seedling, hunter-gatherers would have sought out fish and berries where skyscrapers now gleam in the sun. It was a very different world. For all the intervening years, as the pages of history turned ever faster, the tree grew and grew, surviving harsh winters and forest fires until it stood over 80 metres tall and towered above all about it.

As I stood in General Sherman’s shadow and gazed up to follow its straight trunk skyward, I realised at once how small we are and how insignificant our short lives might be. I imagined that the giant redwoods would still be standing hundreds of years after I was dead, unfazed by the affairs of the tiny people down below.

It was a key moment that helped define my future — the first time I had set foot in a forest and my first meeting with wild nature on a grand scale.

In the three decades that followed I have been lucky enough to walk in the Amazon and the forests of Borneo. I seen how trees have transformed lives in South Africa and how the loss of trees created conflict in Ecuador. I have planted a tree in Indonesia and even hugged one in Montreal.

I am eternally grateful to my parents for making spend time outside in wild places as a child. It was a gift that only grew with time. Today, I just have to see or touch a tree and I am grounded, connected to the universe, reminded of the rhythms of life that beat long before me and will beat on when I’m gone. Trees are like talismans waiting to be rubbed.

Each has its own story to tell but when you take a moment to interact with one, it becomes a part of your own story — a benign character that will never let you down.

It doesn’t have to be a record-breaker like General Sherman. It can be in a local park like this one that lives near me. It has sprouted leaves since I snapped this photo two weeks ago. Life goes on. That’s what trees tell us when we stand close and listen.