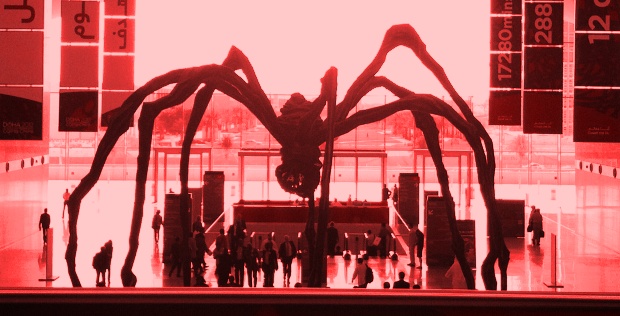 This giant spider has reminded me once again of who’s too often missing from the climate conversations we sorely need.

The spider straddles the main concourse of the Qatar National Convention Centre in Doha, host of COP18 — the 2012 round of UN negotiations aimed at tackling climate change.

This is a massive irony. While the spider — called ‘Maman’ — is a monument to motherhood, the negotiators who passed beneath her during the two-week conference were largely men.

In fact, there has never been a conference of parties (COP) to the UN climate change convention at which even one-third of the negotiators were women. In recent years women were the heads of fewer than 15 per cent of the national delegations. This chart from GenderCC shows the disparity.

This shameful pattern is set to change. One of the few rays of light to shine out of the Doha conference was a decision [PDF] by the nearly 200 governments present to promote gender equality in the negotiations.

What’s shocking is that it has taken 18 years for governments to get to this point. What’s saddening is that the language of the binding decision remains weak. It only “invites” countries to strive for gender balance in their delegations. What’s a source of hope is that gender and climate change will now be on the agenda of all future negotiations.

Until more women participate in the UN climate change conferences, we can expect a male-skewed view of the problem and ways to solve it. We can expect outcomes that fail to reflect fully the needs, wisdom and vision of half of the world’s population. And we can expect more of the bullying and indifference to suffering that have tainted the talks over the years.

The failure of the talks so far — the slow progress, the weak agreements, the lack of leadership — has been the failure of men. I’ve attended the negotiations for each of the past six years and each time I’ve come away less sure that the big men of the world who claim to be leaders have any real desire to lead.

This time it’s personal. This time I am a father-to-be with a child in my mind. So when I arrived at the Doha conference and saw the giant spider, it mesmerised me. I knew that Louise Bourgeois had made the sculpture as a tribute to her mother, who had died when Bourgeois was 21. I spent 30 minutes there deep in thought about my wonderful pregnant partner, thousands of miles away, about the family we will form together and the climatic changes our child will experience.

For the next five days, I took a photo of the spider every time I passed it and counted the number of men and women who stood beneath the sculpture. It’s not scientific, I know, but for every woman, there were 2.6 men. I wonder how many of them saw the plaque on the wall that named and explained the sculpture with a quotation from the artist:

“The spider is an ode to my mother. She was my best friend… Like spiders, my mother was very clever… spiders are helpful and protective, just like my mother.”

Clever. Helpful. Protective. That’s just what the UN climate change negotiations need to be but what, mostly in the hands of men, they are not. Perhaps they will be when more women —  more mothers — take part. 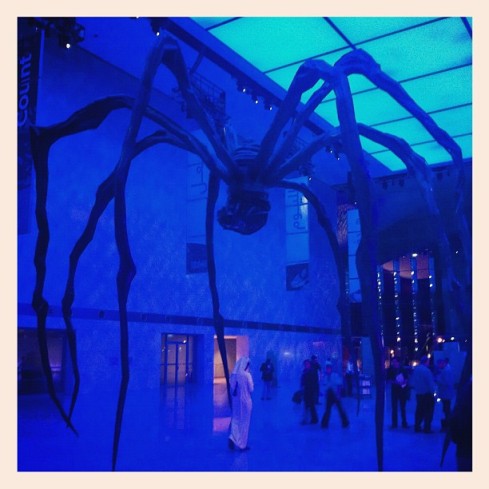